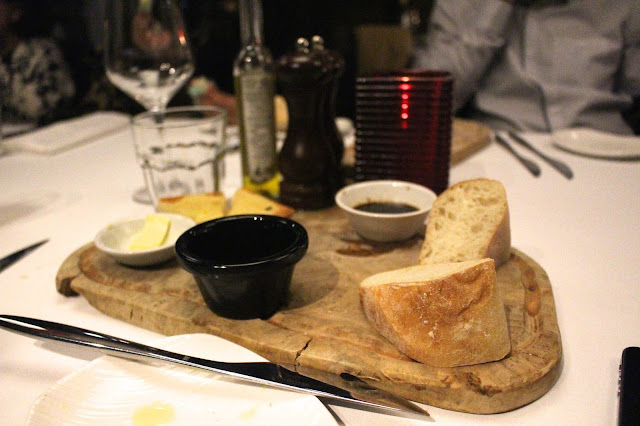 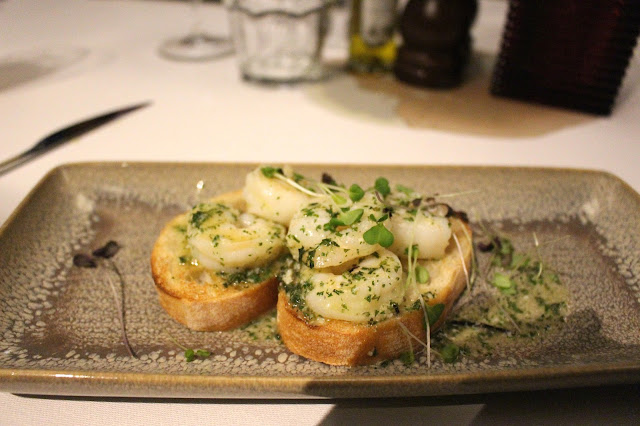 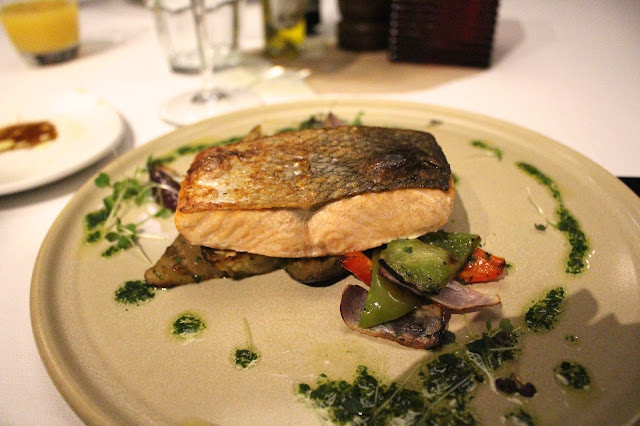 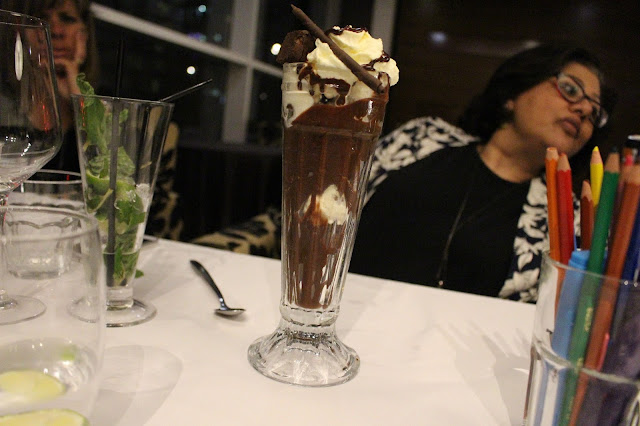 This weekend my uncle and aunt from Canada came to England for a short visit. I have not seen him for 10 years so it was a precious and overwhelming week. As a treat we wanted to go somewhere different and special to dinner. After some deliberation we decided on Marco's New York Italian at the heart of Media City.

Marco's is the restaurant by the famous British Chef Marco Pierre White. As the name would suggest the restaurant is predominantly Italian food. For those of you who may not know, Italian is one of my favourite cuisines but I do not have it often so I was beyond excited to tackle the offerings Mr White's restaurant offered off.

When we first got there we were taken to our table and were immediately impressed. The atmosphere and ambiance of the place was elegant and relaxing. It is a place to would go for a special occasion and put a little bit of effort in too. Not somewhere I have been in a while but the waitress put everyone at ease. We laughed and joked and she even joined in which was nice!

To go along with the pleasant company there was of course the food. We began with some bread drizzled with Balsamic Vinegar and Olive Oil. The bread was beyond delicious. Soft and Crunchy in all the right places with the right about of Olive Oil which can sometimes be over powering.

For the actual starter I went for the Garlic and Lemon Prawns on Toasted Rusty Bread. These were hands down the best cooked prawns I have ever tasted. (Sorry Grandma if you are reading this) They were full of flavour, not spicy but flavourful. The prawns were soft with the right amount of chewiness. The combination on paper could be seen as heavy but actually it was quite light on the stomach. Satisfying without feeling weighed down.

Next it was time for the mains. I have an halal diet so my options were of the vegetarian variety. I decided to go with the Salmon, with the mixed vegetables and a side of seasonal greens. I am a Salmon obsessive and this did not disappoint. It was well cooked moist and tender but well done. It was complimented with the veggies very well. You can also have baby potatoes with it but I opted without.

By the time dessert came around I was rearing to go and actually forgot to take a picture of my Mango Sorbet. I am lactose intolerant but love ice cream so Sorbets are my best friend. It had fruit pieces in it which added to the flavour. Some Sorbet's can taste watery and lack flavour, this was the opposite.

I did manage to take a picture of my mothers mighty chocolate sundae though. I mean look at that beauty! We were all in awe of it when it arrived.