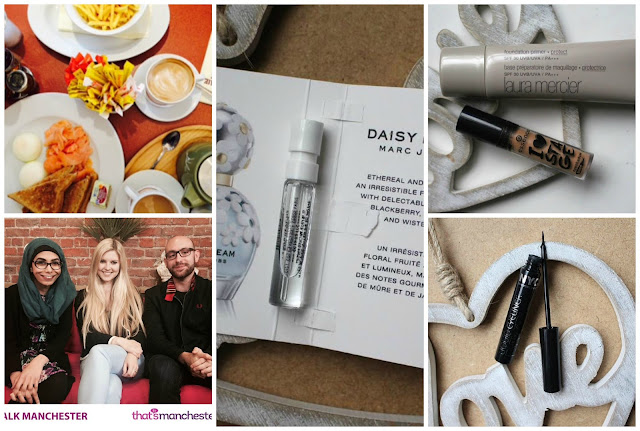 Blogs and Vlogs of the week
Mary - Hey Claire (So beautifully done)
Sali Hughes in the bathroom with Caroline Hirrons part two (Just babes, that is all you need to know)
Vanity Series - Stylehaul (Such a good series)
Five things to do off the beaten track in Paris - Zoe London (Because Paris is the dream)


I promise I will eventually start one of these posts without saying how fast this week gone. It started out with a brunch to Patisserie Valerie with a good friend from my college days. It was so nice to catch up over Salmon, Poached Eggs, Granary Bread and Chocolate Cake (with some tea of course) We had not seen each other since March so we had a lot to talk about! We also planned a spontaneous trip to go catch Dan & Phil while they are on Tour in the North. The tickets have already arrived and I am so excited.

On the Monday, I did my first ever chat show appearance. My friend Chyaz has her own chat show and asked me to come along for a chit chat. It was live for a new channel called Thats Manchester. It was an incredible afternoon. We talked about everything from Meat Free days to Ashton from JLS. Her show airs Monday - Friday at 4PM so take a look if you get a chance.

The islamic month of Ramadan officially started on Thursday so the majority of the week was spent preparing for that. I was doing things such as cleaning out the freezer ect and it is now fully underway. I am really looking forward to the rest of the month and honing in with myself spiritually. If you are fasting during this month, I wish you all the best and I hope you get the most from the blessed time.

Other than that, the week has been straightforward. Many hours working. I will say I have been getting more time to read blogs, I have been reading them on my breaks and lunch time. There is something satisfying catching up with your favourite bloggers. Have you read any blogs at the moment? If so, let me know.