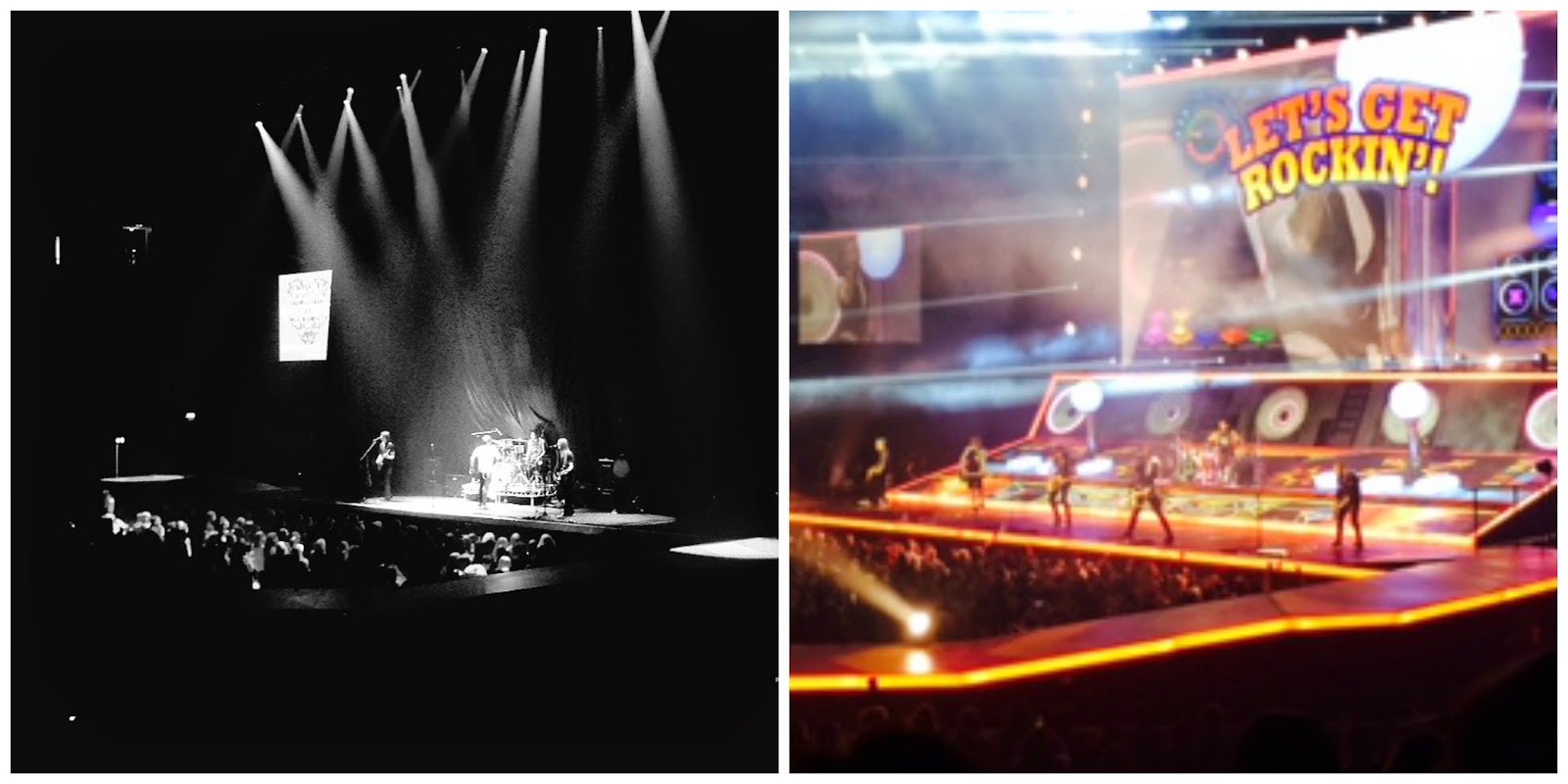 If you watched my March Favourites or follow me on Twitter, you may have seen that one of my highlights was attending the McBusted Meatour.

I have been a huge fan of both McFly and Busted since I was teenager, so this was rather special for me. I was unemployed when their first tour took off, so I was very excited to be given this opportunity to see them do their thing as McBusted.

The Meatour has to be the highlight if my 2015 so far. I have seen Mcfly live around four times now and each time I am left in awe. They never fail to impress and with James Bourne and Matt Willis by their side as McBusted they did not disappoint.

Anyone who knows anything about the band, would be able to tell you the boys put their heart and soul in to the tour. I am not just talking about the performances, but I am talking about the small details, the stage, the themes of the tour. It all screamed, Tom Fletcher, Danny Jones, Dougie Poynter, Harry Judd and Matt Willis.

It was eighties themed, which I loved full of Mighty Duck themes, Old school video games and the cutest kiss cam when they performed the iconic It's All About You. (It was hands down the cutest and funniest thing I have come across at a concert)

As well as performing tracks from their self titled album McBusted such as Riding on my Bike and What happened to my band as well the Mcfly and Busted classics.

I have seen a few bands perform live when I was at university and while they were all incredible memories, nothing beats seeing the genuine performances for these six boys. They do not simply put on a gig, they do more than that. They put on a production. I left the Arena feeling gratitude, mushy and feeling every single emotion possible. (I Woke up with a sore throat, but that is another story)

If you are fan and missed out on seeing them on tour, grab the DVD, it will make your day.