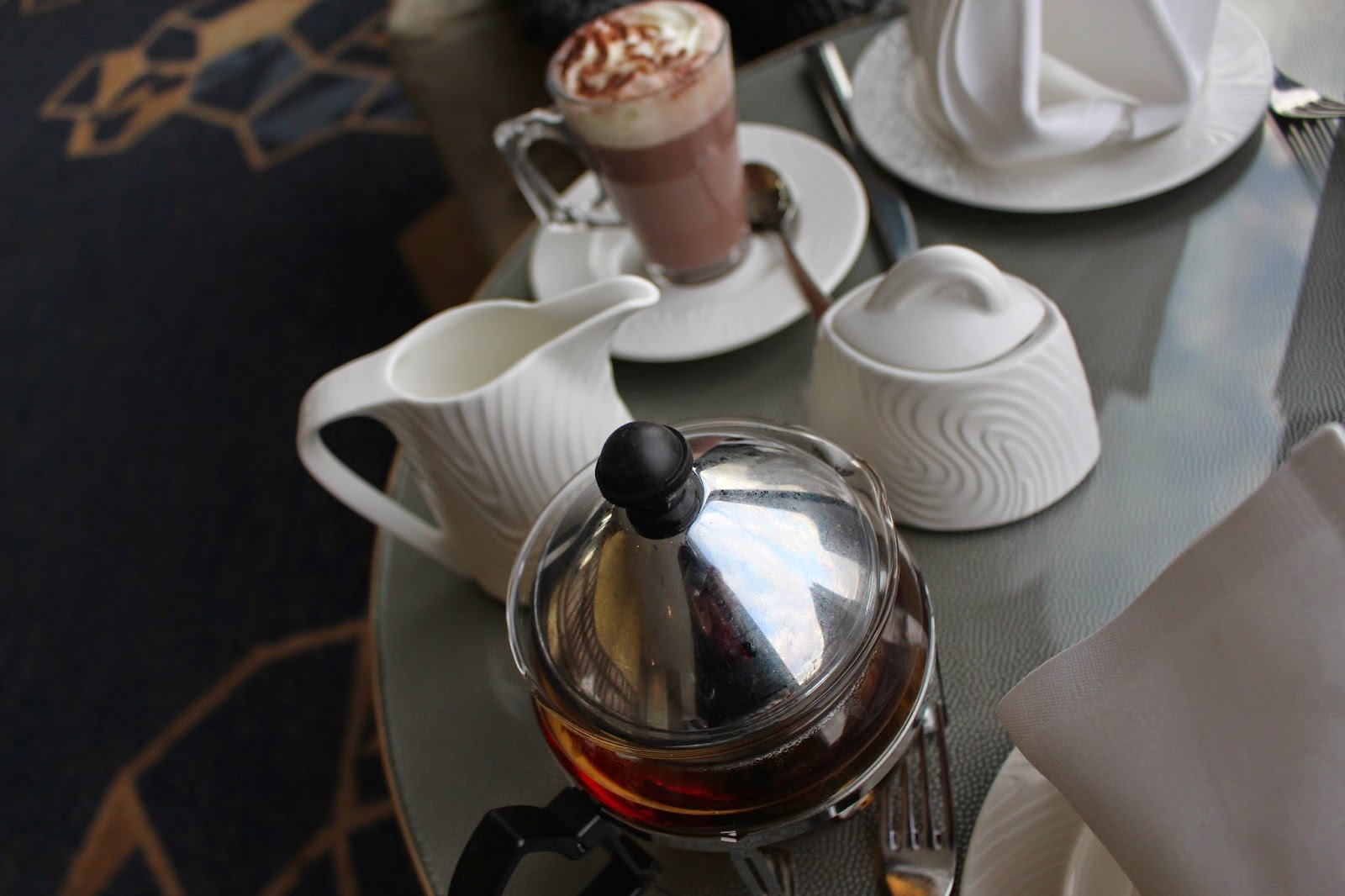 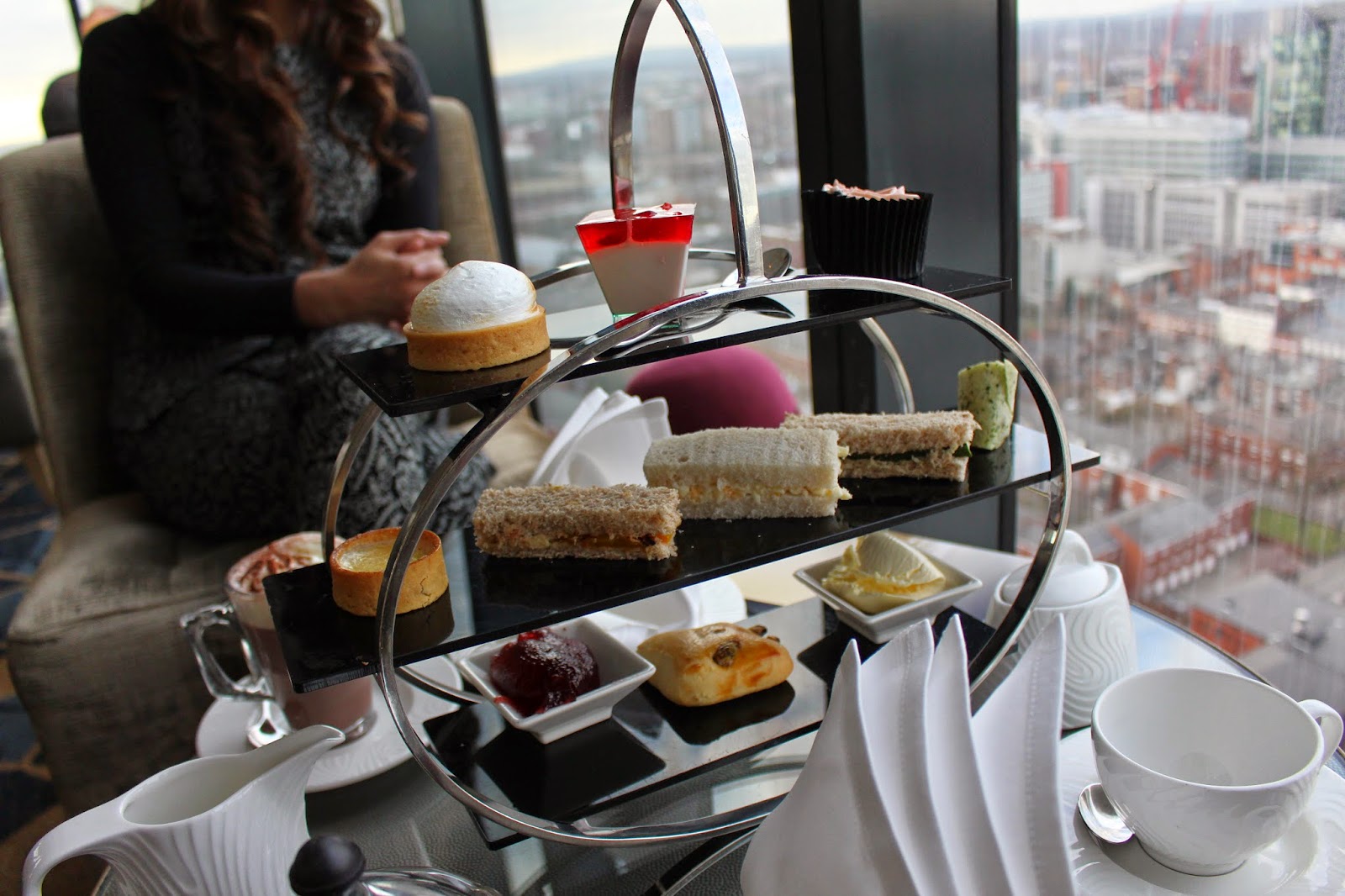 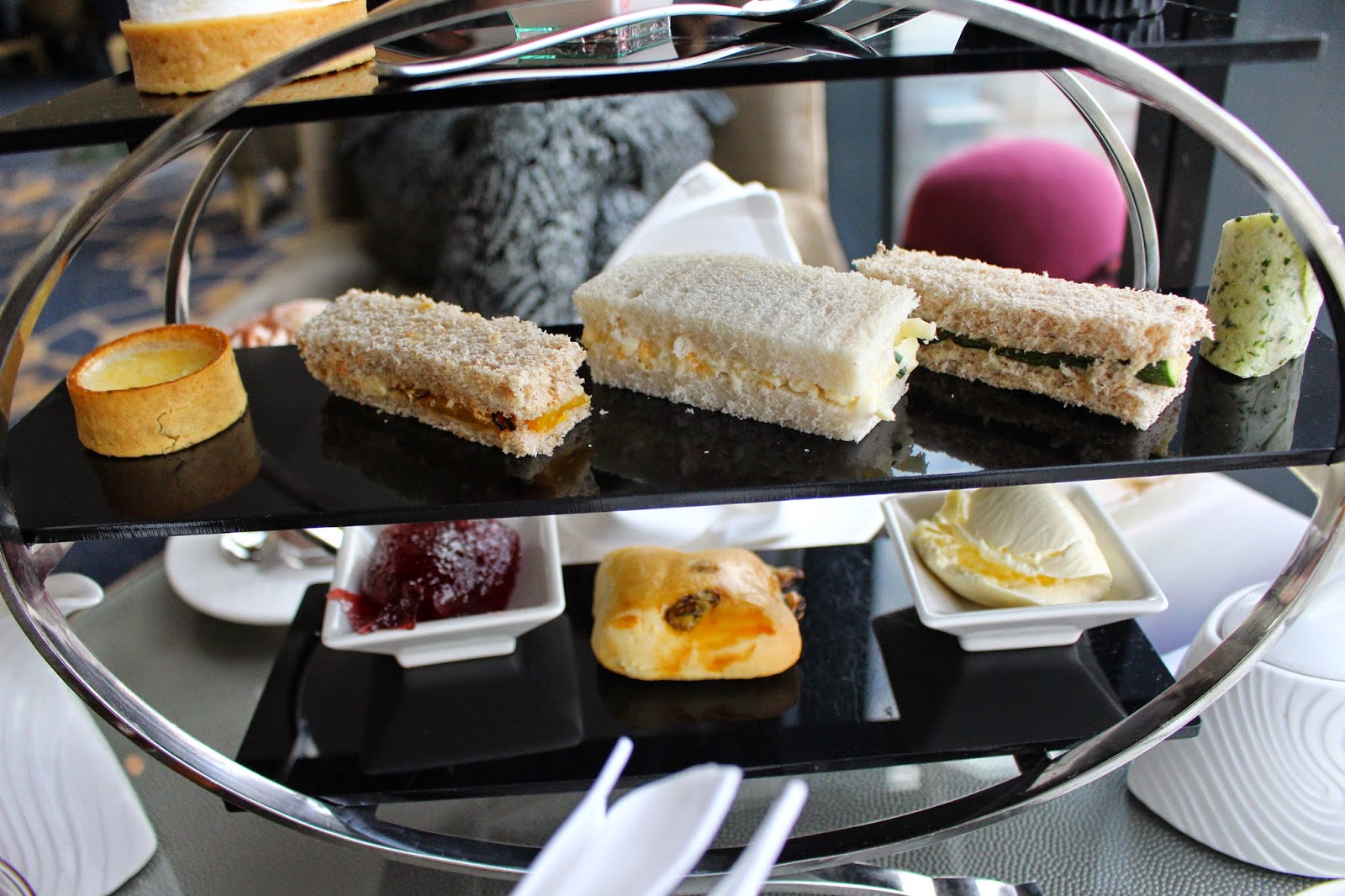 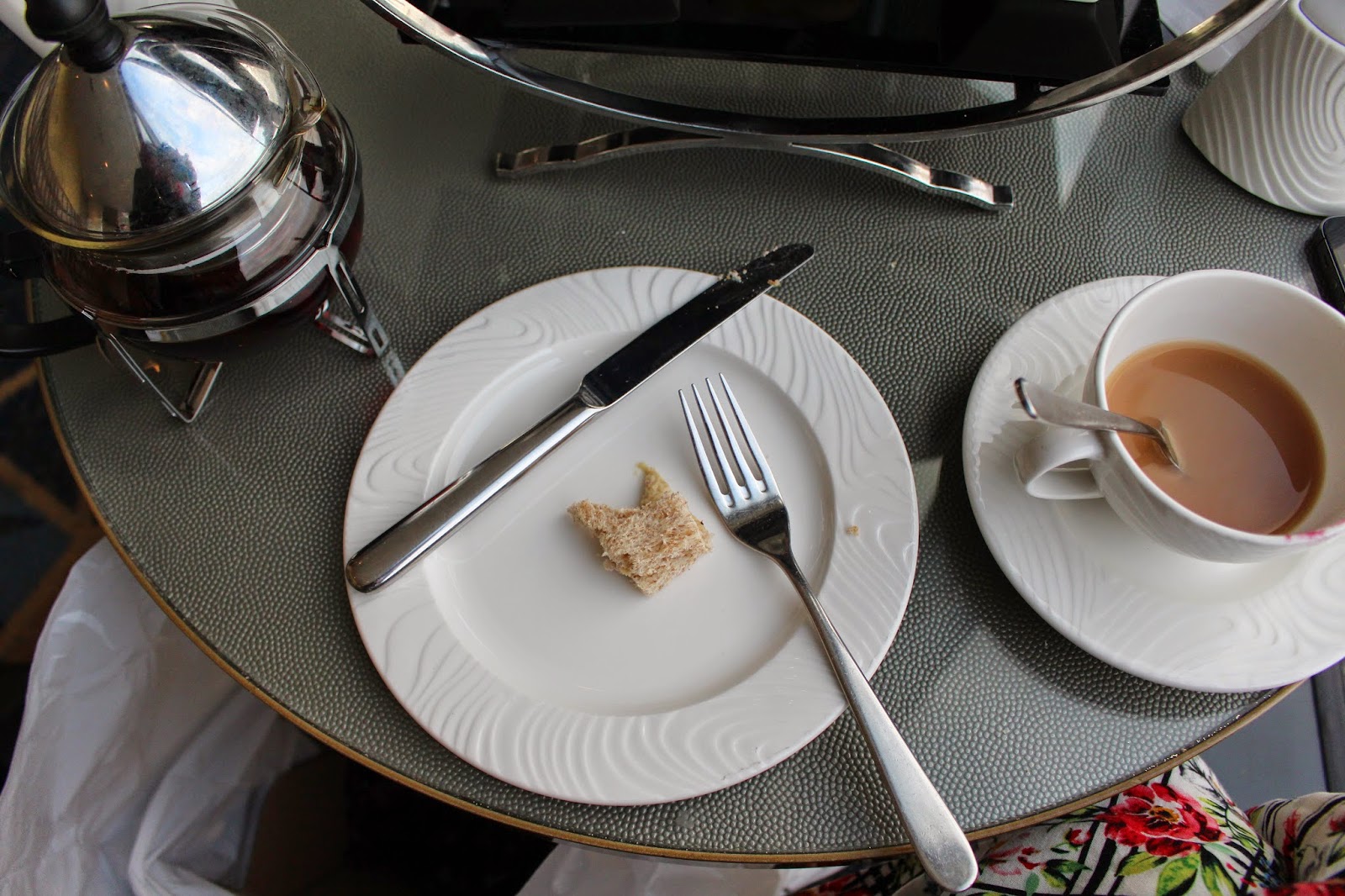 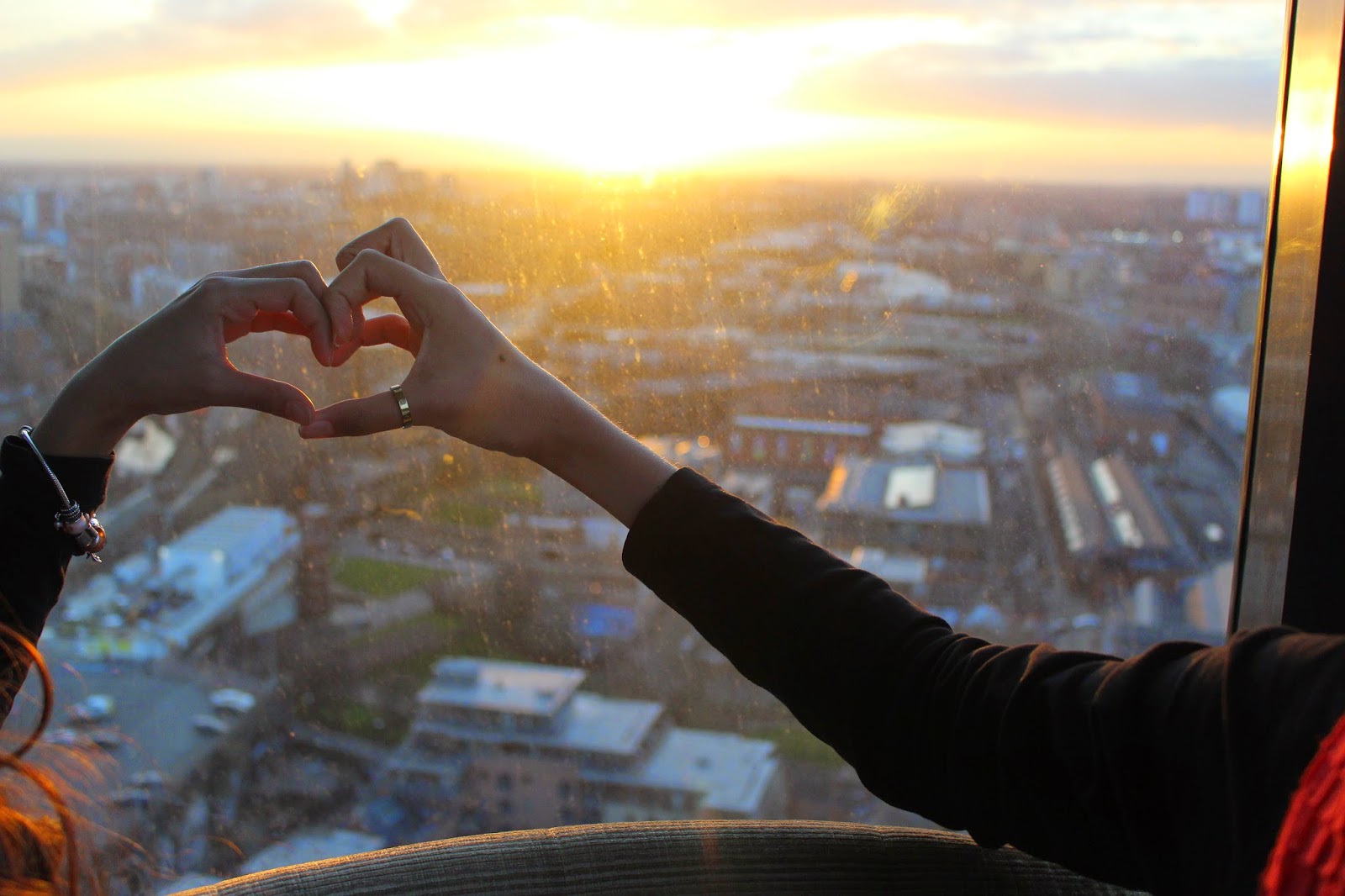 On Friday I did something that I have never actually done in my life before. If you read my weekly update, you will know, my best friend was in town so on Friday we put on some pretty dresses and headed up to Manchester to do something that we always talked about doing and grabbed some Afternoon Tea.

My best friend surprised me and planned the whole thing so I had no idea where we were going, just that we were having traditional afternoon tea.

Cloud 23 is the restaurant above the Hilton Hotel in Deansgate Manchester. I have herd a lot about the evening part of Cloud 23 (they have a separate bar section) but did not know they did afternoon tea. From the moment I walked in, I was in awe. The whole space was beautiful.

The restaurant is based at the highest point of the Manchester. We were immidiately greeted with big gigantic windows where we could see the entire city. If you know Manchester, you will know it is a beautiful city and it was even more beautiful from the space in Cloud of 23.

Now on to the part you are most interested in, the food! I ordered some Assam Tea which is an tea that originates from india to go with my traditional afternoon tea platter. Assam Tea is my ultimate favourite tea and this was no different! it was beautiful, full of flavour without being too strong and in your face. Perfect for a wind down after work.

The traditional afternoon platter came with an array of sandwiches and yummy cakes and sweet treats. Both my best friend and I have an halal diet so we chose the vegetarian options. We had a pepper and hummus one, the standard cheese option. One sandwich was filled with a courgette witht some hummous and there was a prawn wrap. We halved each one and they were all delightful. They were full of flavour, light and easy to munch on. They went perfectly with the tea too which was an added bonus.

Along with the sandwiches, there was also this mushroom pie that was part of the savoury section of the platter. It was nice but when I think of pie, I think of warm and full on pie so having this mini one which was small and cold was different.

As you would expect the sweet treats was the main focus of Afternoon Tea. The bottom of the platter came with a raisin scone along with a small pot of jam (my ultimate obsession) and clotted cream. I am lactose sensitive so I skipped the cream but fell in love with the jam. You all know I have an obsession with Jam and was pretty tempted to eat it with a spoon!

Cake wise, there was a beautiful red velvet cake with a nice strawberry cream frosting. We both said uuummmm the moment it touched our lips. To go with that there was a nice lemon merrainge which was full of loveliness but left a slight aftertaste. We also had some delicious strawberry mouse.

While we were there we were able to have a good catch up, watch the sunset and take plenty of pictures with ease like we did not have a care in the world.

I will not lie, it was on the pricey side but it is great treat for birthdays, special occasions and you would not regret it. The staff were friendly, approachable, always ready to help us out and answer any questions we had.

They have a wide range on their main menu and there is plenty of options if you do not like afternoon tea. I honestly cannot wait to plan another trip and soak up the experience again.